Great Lakes Penetrate the Campaign, But How Deep is Unclear 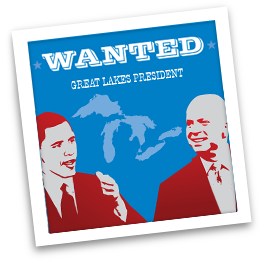 Democratic presidential nominee Barack Obama today outlined a promising program to accelerate the cleanup and restoration of the degraded Great Lakes ecosystem, the economic, environmental, and cultural engine of the Rust Belt.

But in doing so he also provoked two serious questions about the extent to which both Democrats and Republicans understand and support the campaign to sustain the nation's most valuable supply of fresh water.

The first question, ironically, is about Sen. Obama's genuine level of commitment for the Great Lakes.

I reported on the Senator's surprisingly cautious approach to an easy issue like Great Lakes restoration back in September 2007. And you'd think proposing a $5 billion fund to repair sewers, cleanup pollution and restore wetlands would strike any doubt that Obama champions the cause. He certainly demonstrated understanding of the issue.

But his national camapaign's impressively wired Website fails to even mention his plan of action. So is Great Lakes restoration a serious campaign issue Obama intends to weave into his 21st century agenda for America, and thereby elevate Great Lakes issues on the national radar?

Or is just a fleeting angle to leverage while patronizing votes in the Rust Belt?

The second question Obama's announcement prompted for Great Lakes policy junkies is "Whazzup with the Republicans?"

In the rush to burnish their own Great Lakes credentials, the chairmen of the Republican parties in six Great Lakes states rushed to issue a statement that exposed their own lack of sophistication on the issue:

"John McCain has made his commitment to supporting the Great Lake Compact abundantly clear."

That's outstanding. But the Great Lakes Compact, an agreement to strengthen and unify water withdrawal standards across the region, is just one component of the comprehensive program needed to protect, enhance and sustain the Great Lakes.

What about invasive species? Or the Great Lakes Water Quality Agreement? Or funding to cleanup the dozens of highly toxic Areas of Concern? What about investing in crumbling sewers that pollute rivers?

So, as the enviros say, we've taken "a constructive first step" in the search for a Great Lakes president. 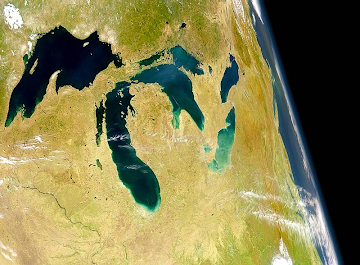